Why my constuctors have “prototype” property?

This is a topic covered a million times. Still, I don’t find any existing answers on blog articles or stackoverflow specific enough. They mostly suffices for development, but not if you want accurate definitions. So we want specificity, let’s look at the specs.

Now let’s take another look at the century old diagram. It all makes sense now: 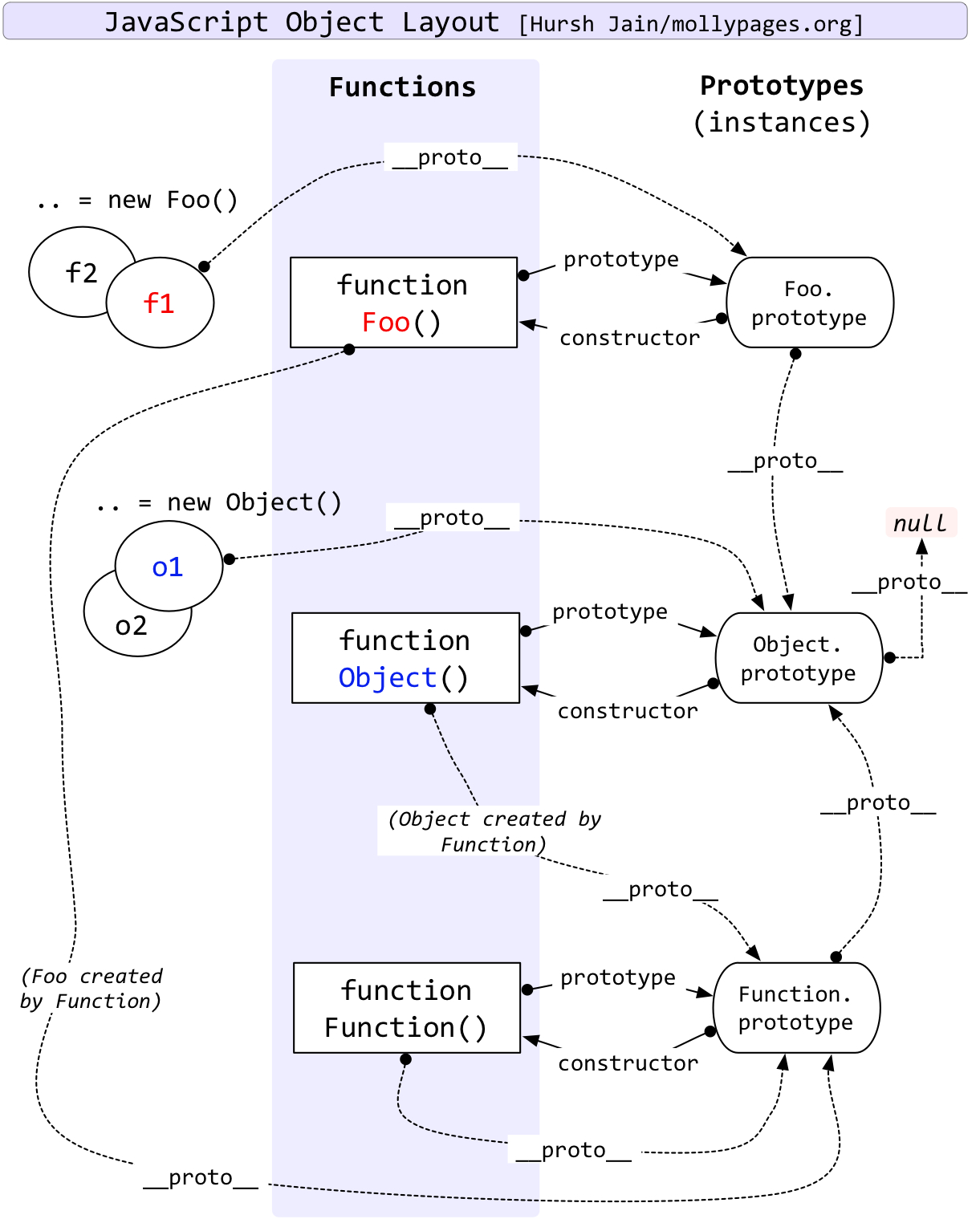